Getting To Know The Truckee River Pt. 2 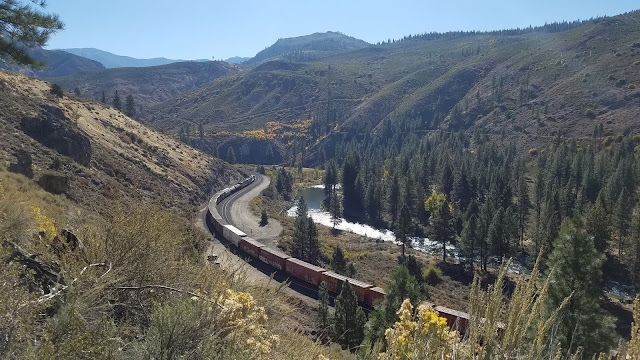 The canyon section of the Truckee River is suppose to be one of the best spots on the river. I've scouted this section before but I've never took the time to fully explore it. My findings were a bit disappointing mostly due to the fact that the river was absolutely crowded on the weekend of my visit.


I fished the deep canyon below Hirschdale to the railroad bridge about halfway to Floriston. Most of the fish I caught were small rainbows in addition to one decent brown that I lost. The river had more anglers in it than fish.
After lunch I tried the Boca Bridge section which was also quite crowded. I didn't catch anything in this section and gave up after covering a few hundred yards of river.


The next time I head up that way I plan on fishing Martis Lake instead of the Truckee. Even if I don't hook a fish at Martis at least it'll be a nice angler-less day on the lake.
Jon Baiocchi has an excellent article on fly fishing the Truckee River that definitely makes you want to keep fishing it despite the crowds.