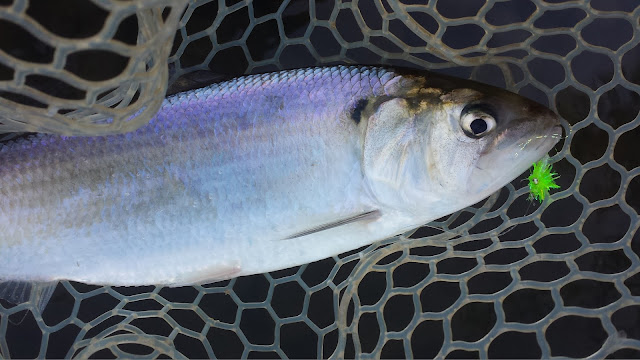 Fishing the American shad run when they are "in" can be like trying to complete a long grocery list at Costco during the first weekend of the month. Occasional crowds, shoulder-to-shoulder contact, anger, frustration, and sometimes even fights reign in popular areas where these fish are present. Don't expect to find yourself on the bank by yourself; shad season tends to be a combat fishing season.


I'll admit that American shad are pretty damn fun to catch. They are strong, make good short runs, and from time to time will show you aerial displays that they are capable of making. American shad are a great fish to catch on a fly rod because they react well to fly patterns. More often than not, flies will produce better numbers than a typical grub rig. What's not to like about this species?


Reasons why I think American shad are overrated: 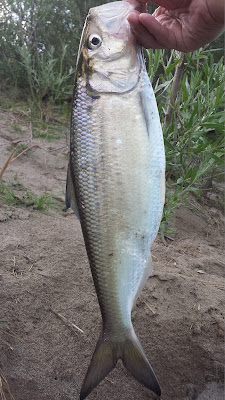 The Silver Lining
Targeting these anadromous fish every spring is like a ritual. I've come to realized that even though guides and boat anglers will brag about 30 - 50 fish days, the most important concept for the average bank angler is to find a couple fish here and there and just have fun.

The majority of anglers out on the river are simply trying to have a good time by catching a few fish and letting them go. Many of the anglers I meet in the combat zone are very friendly and fun to talk to.

American shad are super easy to catch, can be found almost anywhere in the river during "prime-time", and you get a good three month period when you can successful target them.

So get out there, catch a few, keep a few, release the rest, have fun, and when the crowds start rolling in just take a deep breath.