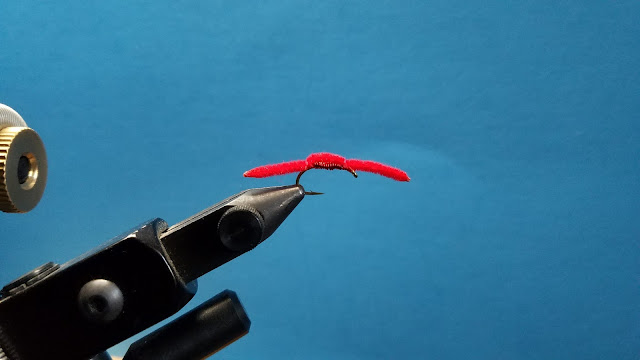 The San Juan Worm is a classic fly pattern that imitates the greatest fish catching bait of all time, the mighty earthworm. This is a simple pattern that tends to produce fish after a fresh rain spell or when fishing discolored water. During or after a rain event worms will often come out of the ground in efforts to find a new home however more often than not many don't survive and end up becoming food. Aquatic worms that fish feed on are also perfectly imitated through this pattern. Many anglers will tell you that a San Juan Worm isn't a fly but to me if it's tied onto a hook I consider it a fly.

Step 1: Set your hook up and begin making wraps with your thread.


Step 2: Near the bend of the hook tie in about three inches of vernille leaving about an inch for the tail.


Step 3: Tie in the wire where you began your initial first wraps.


Step 4: Wrap the wire tightly together around the hook.


Step 5: Wrap the remaining vernille over the wire.


Step 6: Make wraps underneath the vernille near the eye of the hook and whip finish.


Step 7: Take the fly off the vise and with a lighter burn a bit of the ends off to create a the classic tapered look. Finished. 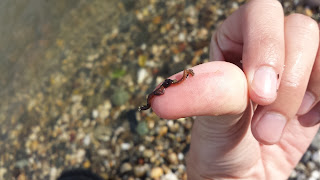 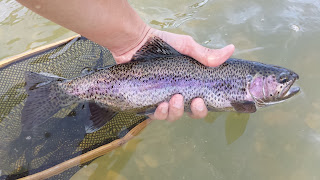