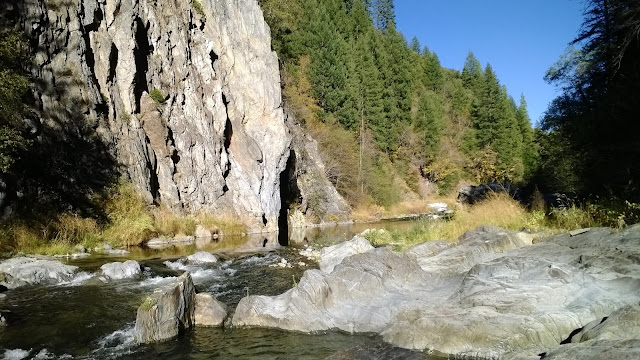 California is home to some of the nation's best trout waters. Not only do we have natural runs of anadromous fish such as steelhead and king salmon, we also have several of subspecies of rainbow trout and two species of cutthroat trout. All of these trout and salmon species are in decline and special regulations have been put in place so that anglers of all ages can continue to enjoy catching and keeping their fair limit of fish.
The proposed changes to California's inland trout regulations are meant to simplify some of the confusing regulations that are currently in place in regards to open season, take, and method of take while protecting anadromous and heritage fish.

The census to the proposed changes is to transform many current regulated trout waters that aren't anadromous or heritage trout waters into a general five limit no gear restriction waters.


It's obvious that there are many things wrong with this proposal but after a bit of overview I found that there are also a few good changes as well.

Let's start with the bad:

There are a few benefits of this proposal:

What are your thoughts about the proposed changes? Overall I think they are terrible and I hope they are not implemented. I have already sent my concerns via the DFW comment section. Please help protect our fisheries and sent your concerns as well.

Here is the link to the DFG comment section for the proposed regulation changes.