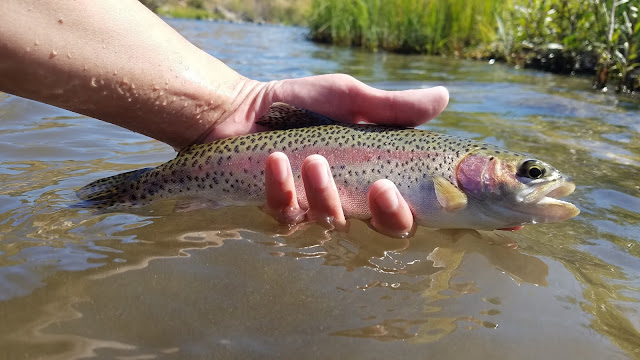 It's no secret that the Truckee River grows some of the largest river-dwelling trout in the state of California. The Truckee River is full of variable size fish, ranging from as small as 4'' to as large +30'', with the real possibility of a fish-of-a-lifetime. I've fantasized about coming into contact with one of these massive fish for a very long time and recently made my dream a reality after releasing one of the most memorable browns I've ever caught. 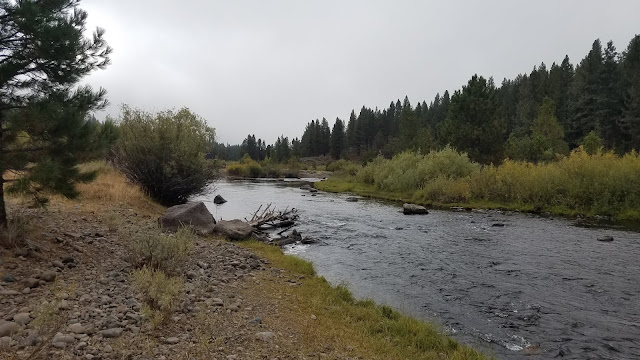 My original plan this trip was to learn how to fish the Little Truckee River whereas it is one of the few well-known streams that I have yet to pull a fish out. The Little Truckee is defined as a technical river with its match the hatch and quality over quantity type fishing. The flows on the Little Truckee were at a solid 97CFS which appeared to be above average for this time of the year. Decent flows, good weather, what could wrong?

Notorious for being one of the most overfished streams in the Truckee area, the Little Truckee sees a huge amount of pressure all year around. The easy accessibility, skinny water, and distance between Stampede and Boca make it ideal for a quick "wet my line for a few hours" trip.

I covered a fair bit of water in the upper lot however became discouraged when I could not find fish where they were suppose to be and found other anglers holed up in the most productive spots. Rather than waste anymore time being frustrated and not fishing I left to fish the Big Truckee River. By the time I had return to the parking lot many more people started showing up. 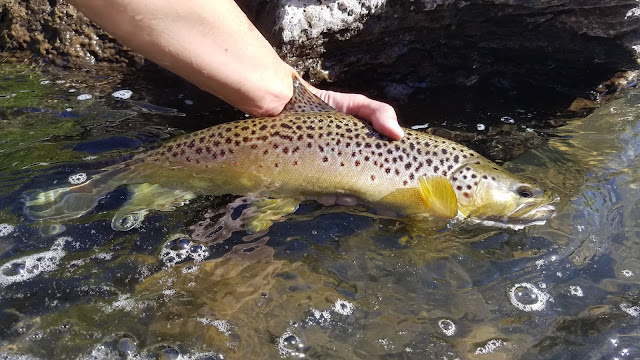 The Truckee River was flowing at around 500CFS below Boca and 530CFS near Floriston. I covered water and was well rewarded for my efforts. I hooked a lot of fish including three huge fish, a large rainbow and two browns that broke me off. Each of these fish bent my hook slightly which made me switch to a streamer pattern. I had three follows and got one really good grab that I held on to for dear life. Luckily I was able to land it and behold my first streamer eater brown from the Truckee River.