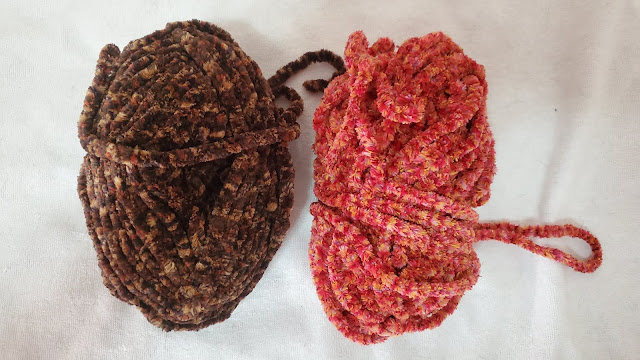 I've been on a bit of a bass fishing fix and have been working on tying different bass patterns. One of the patterns that I've been wanting to tie and use for the longest time is Rich's Ultimate Worm. This worm pattern greatly resembles the Yamamoto Senko worm that many gear anglers successfully use for bucketmouth bass. The yarn used for this pattern, Patons Bohemian Yarn, is extremely difficult to find due to being discontinued several years ago however I managed to get my hands on three different colors wandering wines (purple), coral sunrise (pink), and artistic taupe (brown). Although I was confident that these colors would work I wanted to tie a green pattern because the green senko is the most popular color and the color I used the most when I fished with gear. With no green bohemian yarn for sale or in my collection my grand idea was to try and dye the colors I already had, except one thing.
I had never dyed yarn before.


The first idea I had was simple; water, a pan, and food coloring. As I soaked up my yarn with water and food coloring I noticed that the colors weren't really changing. I confirmed this by squeezing the liquid mixture to find that the color had not changed at all. Turns out that dying synthetic yarn is a totally different process from dying natural fibers.

Patons Bohemian Yarn is a synthetic yarn, 85% polyester and 15% acrylic, both are synthetic. Synthetic yarns also need a different type of dye as well as needing to use more of said dye. I ordered Rit Dyemore in Peacock from Amazon after figuring this out. 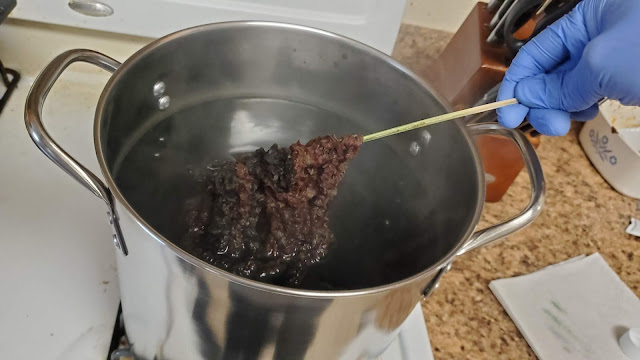 The process of dying the yarn involved using hot 200 degree water along with a whole bottle of dye. I went forward with this process and added a little dye at a time to see if I could achieve the color I wanted without using the entire bottle. 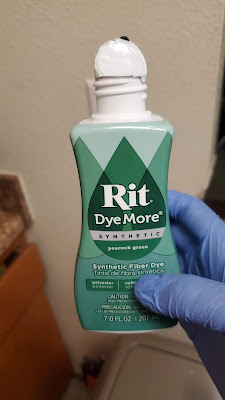 I ended up using the entire bottle. 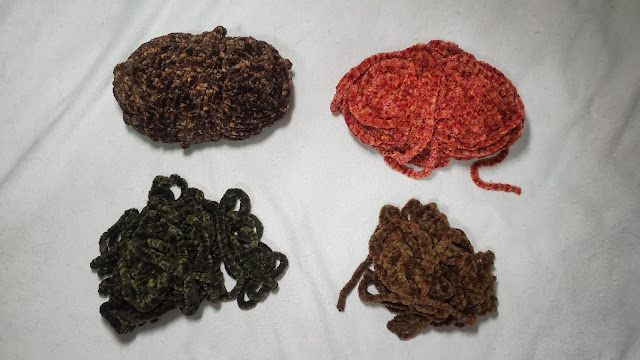 The yarn came out beautifully. I drained it and left it outside to dry but got a bit antsy and threw it inside the dyer instead. Mistake! I believed that the tumble setting unraveled parts of the yarn making some of it useless. I still have plenty of workable yarn to make as many worms as I want for now but I wish I hadn't had put it in the dryer. 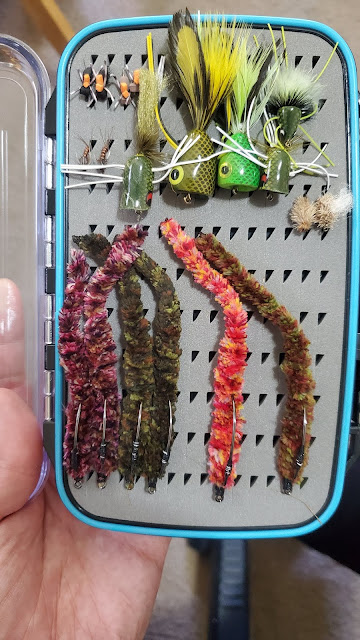 Though the yarn seems to have lost about 30-40% of its strength it looks and moves great. I can't wait to hook a largemouth on these dyed worms.